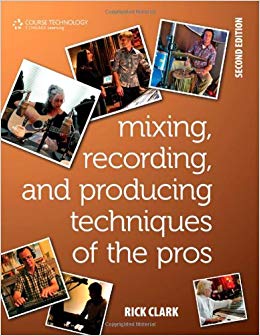 Ronan is featured in various chapters throughout this excellent book by Rick Clark. He was interviewed for the book along with other producers and engineers such as Bob Clearmountain, Dylan Dresdow, Bob Ludwig, Nile Rogers, Tony Visconit Phil Ramone, Ed Cherney, Dave Pensado and more.

You can buy it on Amazon

Rick Clark is a veteran music journalist whose work has appeared in dozens of major publications, including Rolling Stone, Goldmine, Radio and Records, Mix, and other top magazines, as well as numerous album liner notes. Clark, an active voting member of NARAS since 1981, has produced a wide variety of projects for major and indie labels and is a music supervisor and music producer for film and television. He lives and works out of Santa Monica and Nashville.